The Age of Surveillance Capitalism by Shoshana Zuboff

Sold By: An indie bookstore near you
Categories: Books, Non-fiction: Social Science & History Tag: Under C$50

The challenges to humanity posed by the digital future, the first detailed examination of the unprecedented form of power called “surveillance capitalism,” and the quest by powerful corporations to predict and control our behavior.

In this masterwork of original thinking and research, Shoshana Zuboff provides startling insights into the phenomenon that she has named surveillance capitalism. The stakes could not be higher: a global architecture of behavior modification threatens human nature in the twenty-first century just as industrial capitalism disfigured the natural world in the twentieth.

Zuboff vividly brings to life the consequences as surveillance capitalism advances from Silicon Valley into every economic sector. Vast wealth and power are accumulated in ominous new “behavioral futures markets,” where predictions about our behavior are bought and sold, and the production of goods and services is subordinated to a new “means of behavioral modification.”

The threat has shifted from a totalitarian Big Brother state to a ubiquitous digital architecture: a “Big Other” operating in the interests of surveillance capital. Here is the crucible of an unprecedented form of power marked by extreme concentrations of knowledge and free from democratic oversight. Zuboff’s comprehensive and moving analysis lays bare the threats to twenty-first century society: a controlled “hive” of total connection that seduces with promises of total certainty for maximum profit — at the expense of democracy, freedom, and our human future.

With little resistance from law or society, surveillance capitalism is on the verge of dominating the social order and shaping the digital future — if we let it.


Praise for The Age of Surveillance Capitalism:

A New York Times Notable Book of the Year

A Financial Times Best Book of the Year

A Sunday Times (UK) Best Business Book of the Year

Selected by Barack Obama, Zadie Smith (in the Wall Street Journal), Jia Tolentino (in the New Yorker), Elif Shafak (in the Guardian), and Ana Botin (in Bloomberg) as one of the best books of 2019

“If a book’s importance is gauged by how effectively it describes the world we’re in, and how much potential it has to change said world, then in my view it’s easily the most important book to be published this century… Zuboff is concerned with the largest act of capitalist colonisation ever attempted, but the colonisation is of our minds, our behaviour, our free will, our very selves. Yet it’s not an anti-tech book. It’s anti unregulated capitalism, red in tooth and claw. It’s really this generation’s Das Kapital.” —Zadie Smith

Shoshana Zuboff’s The Age of Surveillance Capitalism is already drawing comparisons to seminal socioeconomic investigations like Rachel Carson’s Silent Spring and Karl Marx’s Capital. Zuboff’s book deserves these comparisons and more: Like the former, it’s an alarming exposé about how business interests have poisoned our world, and like the latter, it provides a framework to understand and combat that poison. But The Age of Surveillance Capitalism, named for the now-popular term Zuboff herself coined five years ago, is also a masterwork of horror. It’s hard to recall a book that left me as haunted as Zuboff’s, with its descriptions of the gothic algorithmic daemons that follow us at nearly every instant of every hour of every day to suck us dry of metadata. Even those who’ve made an effort to track the technology that tracks us over the last decade or so will be chilled to their core by Zuboff, unable to look at their surroundings the same way.”—Sam Biddle, THE INTERCEPT

“A definitive, stunning analysis of how digital giants like Google, Facebook, etc. have single-mindedly pursued data on human behavior as fodder for generating predictions and shaping outcomes salable to advertisers and others…The scope of her analysis is extraordinary; in addition to covering philosophical, social, and political implications she discusses needed privacy regulation…This book is pathbreaking, illuminating, and unnerving.”—CHOICE

“The most ambitious attempt yet to paint the bigger picture and to explain how the effects of digitisation that we are now experiencing as individuals and citizens have come about… A continuation of a tradition that includes Adam Smith, Max Weber, Karl Polanyi and-dare I say it-Karl Marx… A striking and illuminating book.”—The Observer

“Eye-opening…she raises questions about businesses that mine personal data, manipulate our desires for instantaneous information, and encourage us to narcissistically display our egos and foibles on social media platforms.”—SAN ANTONIO EXPRESS-NEWS

“A book that no tech industry official will want the American public to read… One of the true joys of this insanely brilliant, deeply unsettling book is how fluidly Ms. Zuboff’s style incorporates jargon, analogy, research and memoir.”—PITTSBURGH POST-GAZETTE

“Zuboff is a strikingly original voice, simultaneously bold and wise, eloquent and passionate, learned and accessible. Read this book to understand the inner workings of today’s digital capitalism, its threats to twenty-first century society, and the reforms we must make for a better tomorrow.”—Frank Pasquale, University of Maryland Carey School of Law, Author of The Black Box Society

“Chilling and essential.”—Globe and Mail

“One of the most important criticisms of the power of Big Tech.”—Rana Foroohar, Financial Times

“From the very first page I was consumed with an overwhelming imperative: everyone needs to read this book as an act of digital self-defense. With tremendous lucidity and moral courage, Zuboff demonstrates not only how our minds are being mined for data but also how they are being rapidly and radically changed in the process. The hour is late and much has been lost already-but as we learn in these indispensable pages, there is still hope for emancipation.”—Naomi Klein, author of This Changes Everything and No Logo, and Gloria Steinem Chair in Media, Culture, and Feminist Studies at Rutgers University

“I will make a guarantee: Assuming we survive to tell the tale, The Age of Surveillance Capitalism has a high probability of joining the likes Adam Smith’s The Wealth of Nations and Max Weber’s Economy and Society as defining social-economics texts of modern times. It is not a ‘quick read’; it is to be savored and re-read and discussed with colleagues and friends. No zippy one-liners from me, except to almost literally beg you to read/ingest this book.”—Tom Peters, coauthor of In Search of Excellence

“In the future, if people still read books, they will view this as the classic study of how everything changed. The Age of Surveillance Capitalism is a masterpiece that stunningly reveals the essence of twenty-first-century society, and offers a dire warning about technology gone awry that we ignore at our peril. Shoshana Zuboff has somehow escaped from the fishbowl in which we all now live, and introduced to us the concept of water. A work of penetrating intellect, this is also a deeply human book about what is becoming, as it relentlessly demonstrates, a dangerously inhuman time.”—Kevin Werbach, The Wharton School, University of Pennsylvania, and author of The Blockchain and the New Architecture of Trust

“A panoramic exploration of one of the most urgent issues of our times, Zuboff reinterprets contemporary capitalism through the prism of the digital revolution, producing a book of immense ambition and erudition. Zuboff is one of our most prescient and profound thinkers on the rise of the digital. In an age of inane Twitter soundbites and narcissistic Facebook posts, Zuboff’s serious scholarship is great cause for celebration.”—Andrew Keen, author of How to Fix the Future

“Shoshana Zuboff has produced the most provocative compelling moral framework thus far for understanding the new realities of our digital environment and its anti-democratic threats. From now on, all serious writings on the internet and society will have to take into account with The Age of Surveillance Capitalism.”—Joseph Turow, Robert Lewis Shayon Chair Professor, Annenberg School, University of Pennsylvania

“The rare volume that puts a name on a problem just as it becomes critical… This book’s major contribution is to give a name to what’s happening, to put it in cultural and historical perspective, and to ask us to pause long enough to think about the future and how it might be different from today.”—Frank Rose, Wall Street Journal

“Extraordinarily intelligent… Absorbing Zuboff’s methodical determination, the way she pieces together sundry examples into this comprehensive work of scholarship and synthesis, requires patience, but the rewards are considerable – a heightened sense of awareness, and a deeper appreciation of what’s at stake. A business model that seeks growth by cataloging our ‘every move, emotion, utterance and desire’ is too radical to be taken for granted. As Zuboff repeatedly says near the end of the book, ‘It is not O.K.'”—Jennifer Szalai, New York Times

“An intensively researched, engagingly written chronicle of surveillance capitalism’s origins and its deleterious prospects for our society… [Zuboff’s] after something bigger, providing a scaffolding of critical thinking from which to examine the great crises of the digital age… This is the rare book that we should trust to lead us down the long hard road of understanding.”—Jacob Silverman, New York Times Book Review

“An original and often brilliant work, and it arrives at a crucial moment, when the public and its elected representatives are at last grappling with the extraordinary power of digital media and the companies that control it. Like another recent masterwork of economic analysis, Thomas Piketty’s 2013 Capital in the Twenty-First Century, the book challenges assumptions, raises uncomfortable questions about the present and future, and stakes out ground for a necessary and overdue debate. Shoshana Zuboff has aimed an unsparing light onto the shadowy new landscape of our lives. The picture is not pretty.”—Nicholas Carr, LOS ANGELES REVIEW OF BOOKS

“The Age of Surveillance Capitalism is brilliant and essential. Shoshana Zuboff reveals capitalism’s most dangerous frontier with stunning clarity: The new economic order of surveillance capitalism founded on extreme inequalities of knowledge and power. Her sweeping analysis demonstrates the unprecedented challenges to human autonomy, social solidarity, and democracy perpetrated by this rogue capitalism. Zuboff’s book finally empowers us to understand and fight these threats effectively — a masterpiece of rare conceptual daring, beautifully written and deeply urgent.” —Robert B. Reich, author of The Common Good and Saving Capitalism: For the Many, Not the Few

“My mind is blown on every page by the depth of Shoshana’s research, the breadth of her knowledge, the rigor of her intellect, and finally by the power of her arguments. I’m not sure we can end the age of surveillance capitalism without her help, and that’s why I believe this is the most important book of our time.”—Doc Searls, author of The Intention Economy, editor-in-chief, Linux Journal

is the Charles Edward Wilson Professor emerita, Harvard Business School. She is the author of In The Age of the Smart Machine: the Future of Work and Power and The Support Economy: Why Corporations Are Failing Individuals and the Next Episode of Capitalism. She received her Ph.D. from Harvard University and her BA from the University of Chicago. For more information see: ShoshanaZuboff.com. @shoshanazuboff 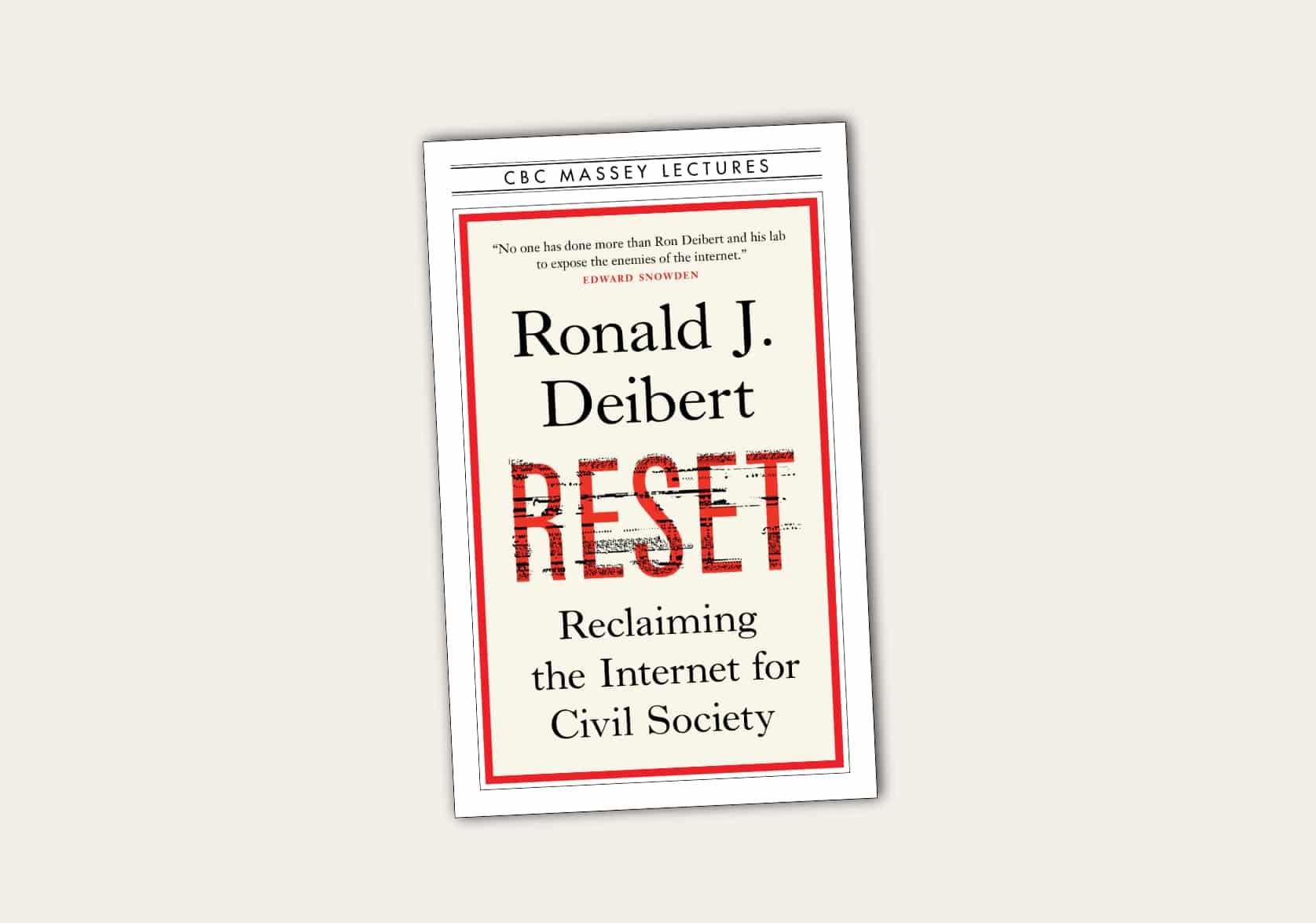 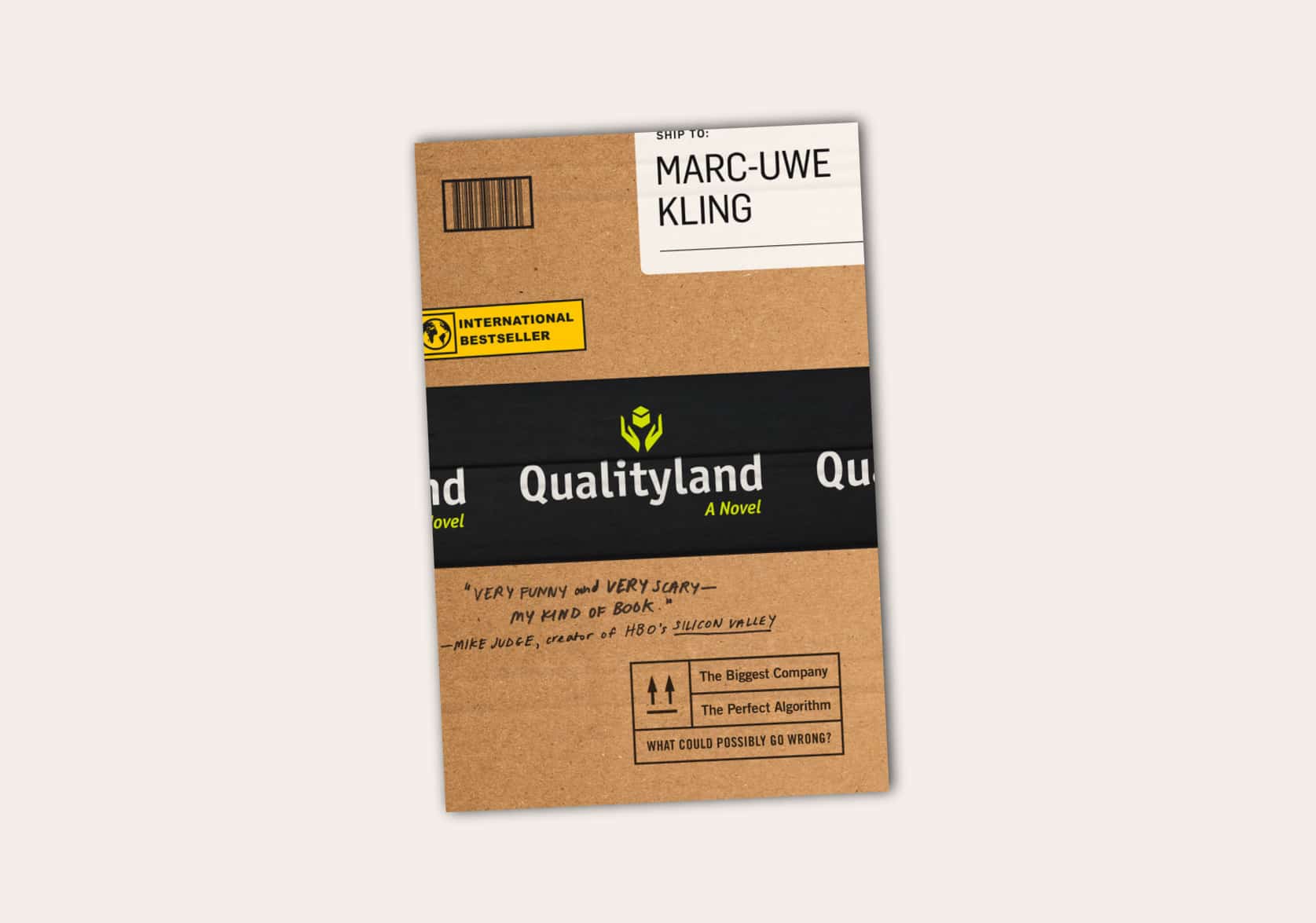 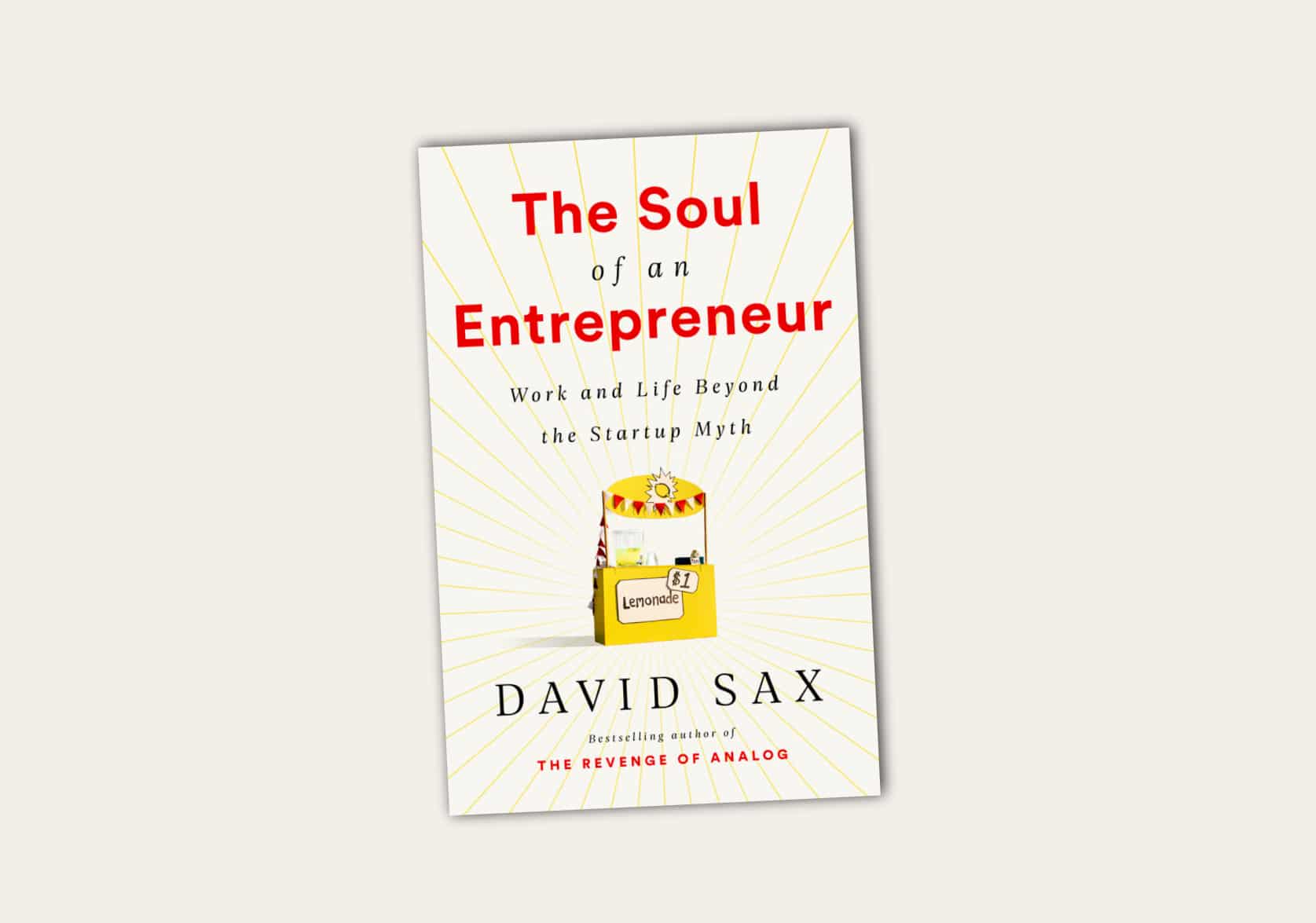 The Soul of an Entrepreneur by David Sax