Sold By: An indie bookstore near you
Categories: Books, Non-fiction: Memoirs & Essays Tags: Under C$25, Under C$50

“A definitive document of a world in transition: I won’t be alone in returning to it for clarity and consolation for many years to come.” –Jia Tolentino, author of Trick Mirror: Reflections on Self-Delusion

The prescient, page-turning account of a journey in Silicon Valley: a defining memoir of our digital age.

In her mid-twenties, at the height of tech industry idealism, Anna Wiener—stuck, broke, and looking for meaning in her work, like any good millennial–left a job in book publishing for the promise of the new digital economy. She moved from New York to San Francisco, where she landed at a big-data startup in the heart of the Silicon Valley bubble: a world of surreal extravagance, dubious success, and fresh-faced entrepreneurs hell-bent on domination, glory, and, of course, progress.

Anna arrived amidst a massive cultural shift, as the tech industry rapidly transformed into a locus of wealth and power rivaling Wall Street. But amid the company ski vacations and in-office speakeasies, boyish camaraderie and ride-or-die corporate fealty, a new Silicon Valley began to emerge: one in far over its head, one that enriched itself at the expense of the idyllic future it claimed to be building.

Unsparing and incisive, Uncanny Valley is a cautionary tale, and a revelatory interrogation of a world reckoning with consequences its unwitting designers are only beginning to understand.

“[Wiener] is here to fill out our worst-case scenarios with shrewd insight and literary detail… Wiener is a droll yet gentle guide… The real strength of Uncanny Valley comes from her careful parsing of the complex motivations and implications that fortify this new surreality at every level, from the individual body to the body politic.” —Lauren Oyler, The New York Times Book Review (cover review)

“Biting and funny… Uncanny Valley will speak to you as well as any book about millennial culture. Its humor is a proxy for the despair Wiener feels about tech culture’s predicament and her helplessness at doing anything about it … Uncanny Valley ought to be read by policymakers just as closely as any set of statistics.” —Mark Athitakis, Los Angeles Times

“[Uncanny Valley] defamiliarize[s] us with the Internet as we now know it, reminding us of the human desires and ambitions that have shaped its evolution… Wiener’s book is studded with sharp assessments.” —Sophia Nguyen, The Washington Post

“[Wiener] was seen as dispensable; her memoir is anything but. If Silicon Valley had seen her potential, she would not have become one of the finest, most assured writers about the internet today. I read it in one sitting, overcome with the eerie sensation that my own life was being explained to me.” —Kaitlin Phillips, Bookforum

“[An] excellent memoir… what makes Uncanny Valley so valuable is the way it humanizes the tech industry without letting it off the hook. The book allows us to see the way that flawed technology is made and marketed.” —Charlie Warzel, The New York Times Privacy Project

“Uncanny Valley is a different sort of Silicon Valley narrative, a literary-minded outsider’s insider account of an insulated world that isn’t as insular or distinctive as it and we assume… Through [Wiener’s] story, we begin to perceive how much tech owes its power, and the problems that come with it, to contented ignorance.” —Ismail Muhammad, The Atlantic

“Wiener has the two talents that every memoir needs: A devastating eye for detail… and the ability to map her experience onto a cultural shift much larger than herself… I deadened my phone and laptop while reading this so I could give it my Undivided Attention. I’m recommending not only the book but also this reading method.” —Molly Young, Vulture

“Hyper-self-aware… Wiener’s book transcends the model of a tech-work memoir… Throughout the memoir, Wiener sustains a piercing tone of crisp, arch observation. It’s revelatory to see her navigate the subjects one generally reads about in newspaper headlines, about sexism at Google or the unregulated forums behind events such as Pizzagate.” —Antonia Hitchens, San Francisco Chronicle

“Equal parts enchanting and subversive… [Wiener’s] account of living inside the Bay Area bubble reads like HBO’s ‘Silicon Valley’ filtered through Renata Adler; Wiener is a trenchant cultural cartographer, mapping out a foggy world whose ruling class is fueled by empty scripts: ‘People were saying nothing, and saying it all the tine.’ The book’s author does the very opposite.” —Lauren Mechling, Vogue

“Beautifully observed… Someone like Wiener makes for a good spy in the house of tech… Wiener excels at… the texture of life for people in a particular and pivotal time and place.” —Laura Miller, Slate

“An achingly relatable and sharply focused firsthand account… the literary texture of Wiener’s narrative makes it particularly valuable as a primary document of this moment. Her voice, alternating between cool and detached and impassioned and earnest, boasts an observational precision that is devastating. It is whip smart and searingly funny, too… a feat.” —Kevin Lozano, The Nation

“[A] hyper-detailed, thoroughly engrossing memoir… At the intersection of exploitative labor, entitled men, and ungodly amounts of money, Wiener bears witness to the fearsome future as it unfolds.” —Adrienne Westenfeld, Esquire

“Incisive… inherently timely, [Uncanny Valley] aims for timelessness and achieves it. Its style is of a part with the dry, affectless writing of the period that Wiener seeks to capture but goes beyond the Sally Rooney-Tao Lin axis to deliver something sharper and more complete … I tore through Uncanny Valley, riveted by the wit and precision of Wiener’s observations.” —Jennifer Schaffer, The Baffler

“The quality of Weiner’s on-the-ground observations, coupled with acuity she brings to understanding the psychology at work, makes the book illuminating on a page-by-page basis… [Wiener’s] empathy makes the portrait all the more damning… Weiner’s book isn’t a warning so much as a lament over the damage done and the damage still to come.” —John Warner, Chicago Tribune

“Wiener shines when she turns her incisive observations on the many entitled men running amok in Silicon Valley… an engaging summary of every terrible thing you’ve heard about start-ups.” —Ines Bellina, The A.V. Club

“Eschewing the caffeinated, self-referential keenness that defined the decade’s online writing, Wiener is cerebral and diagnostic in her observance of escalating corporate surveillance.” —Pete Tosiello, The Paris Review

“A neat time lapse of the past seven years in Silicon Valley… The author is a gifted writer and presents a clear-eyed account of her own limitations as a tech employee while offering cultural analysis of the sector… Uncanny Valley is an artful contribution to the war on tech exceptionalism.” —Elaine Moore, Financial Times

“A thought-provoking, personal, and often surprisingly poetic critique of the far-reaching influence of the tech world… Wiener’s narrative is by turns funny, informative, and a perfect time capsule of a rapidly changing city.” —Royal Young, Interview

“Nothing short of crucial, a memoir that has crystalized the essential ingredients of what made the digital economy what it is.” —Michael Seidlinger, GARAGE

“Weiner’s book feels destined to be a key and lasting portrait of a crucial moment in our relationship with tech culture: a perfect blend of humor, shrewd insight, and earnestness.” —Stephen Sparks, Lit Hub

“[Wiener] is an extremely gifted writer and cultural critic. Uncanny Valleymay be a defining memoir of the 2020s, and it’s one that will send a massive chill down your spine.” — BookPage (starred review)

“[An] insider-y debut memoir that sharply critiques start-up culture and the tech industry… Wiener is an entertaining writer, and those interested in a behind-the-scenes look at life in Silicon Valley will want to take a look.” —Publishers Weekly

“A compelling takedown of the pitfalls of start-up culture, from sexism to the lack of guardrails, Uncanny Valley highlights the maniacal optimism of the twentysomethings behind the screens and the pitfalls of the culture they are building.” —Booklist

“I’ve never read anything like Uncanny Valley, which isboth a searching bird’s-eye study of an industry and a generation, as well as an intimate, microscopic portrait of ambition and hope and dread. Anna Wiener writes about the promise and the decay of Silicon Valley with the impossibly pleasurable combination ofa precise, razored intellect and a soft, incandescent heart. Her memoir is diagnostic and exhilarating,a definitive document of a world in transition: I won’t be alone in returning to it for clarity and consolation for many years to come.” —Jia Tolentino, author of Trick Mirror: Reflections on Self-Delusion

“Uncanny Valley is a generation-defining account of the amoral late-capitalist tech landscape we are fatally enmeshed in. With grace and humor, Anna Wiener shows us the misogyny, avarice, and optimistic self-delusion of our cultural moment, wrapped up in the gripping story of a young woman navigating the blurred boundaries of a seductive world. Insightful, compelling and urgent.”—Stephanie Danler, author of Sweetbitter: A Novel

“Like Joan Didion at a startup.”—Rebecca Solnit, author of Call Them By Their True Names

“A rare mix of acute, funny, up-to-the-minute social observation, dead-serious contemplation of the tech industry’s annexation of our lives, and a sincere first-person search for meaningful work and connection. How does an unworn pair of plain sneakers ‘become a monument to the end of sensuousness’? Read on.”—William Finnegan, author of Barbarian Days: A Surfing Life

“Uncanny Valley is an addictive combination of coming-of-age story, journalistic memoir, and brilliant social critique. This is a stunningly good book. I loved it.” —Dani Shapiro, author of Inheritance: A Memoir of Genealogy, Paternity, and Love

“Uncanny Valley is a sentimental education for our accelerated times, a memoir so good it will make you slow down. Is it too much to say that every sculpted page will be studied by future generations? (No.) Anna Wiener is the Joan Didion of start-up culture and then some.”—Ed Park, author of Personal Days

“Alternately outrageous and outraging. What makes Uncanny Valley unforgettable is not just Wiener’s unique take on tech, but the fun of being along on the journey with her. Her immense intelligence and facility with language make the pages fly.” —Katie Weed, Shelf Awareness

is a contributing writer to The New Yorker online, where she writes about Silicon Valley, startup culture, and technology. Her work has appeared in The Atlantic, New York, The New Republic, and n+1, as well as in Best American Nonrequired Reading 2017. She lives in San Francisco. Uncanny Valley is her first book. 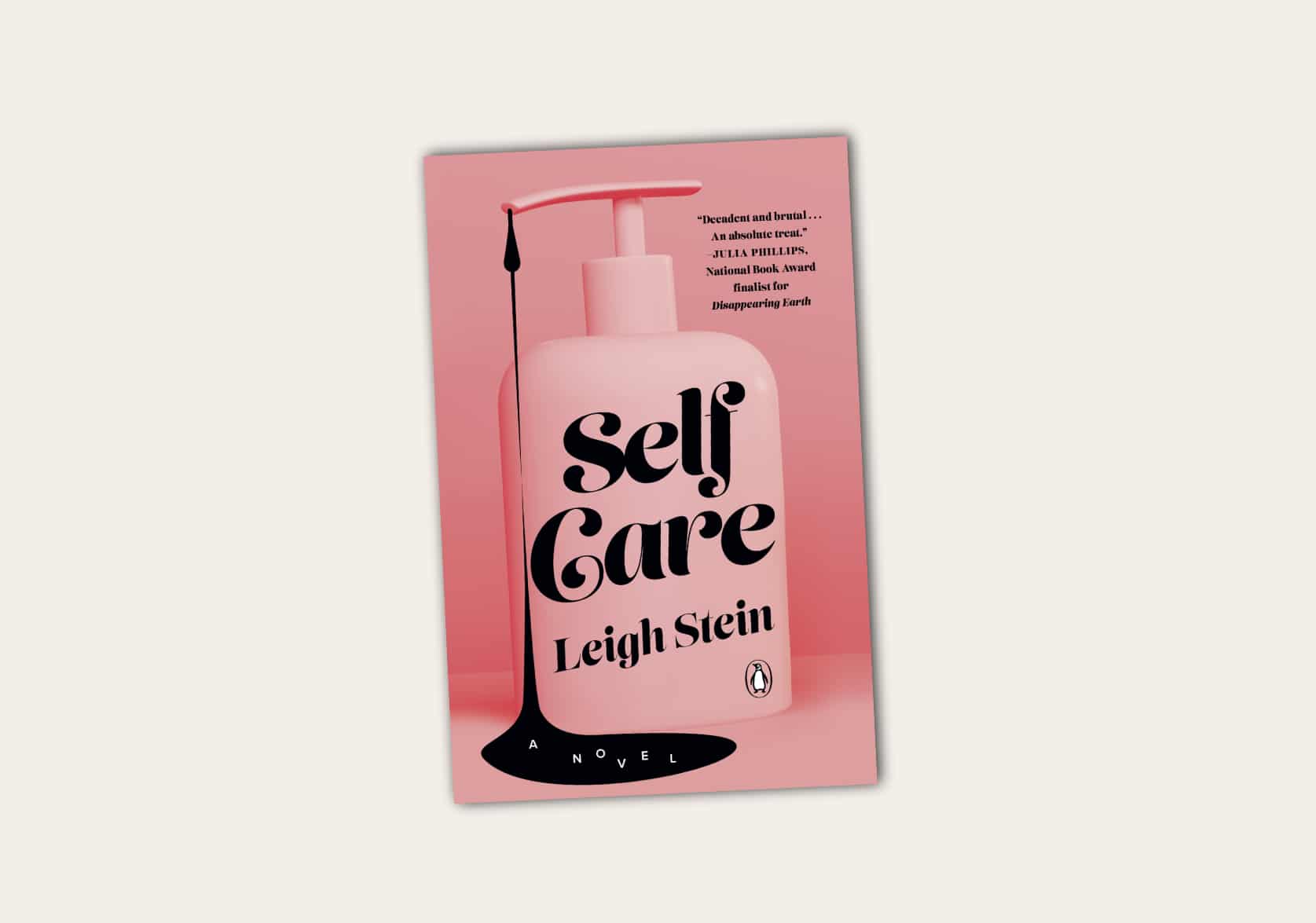 Self Care by Leigh Stein 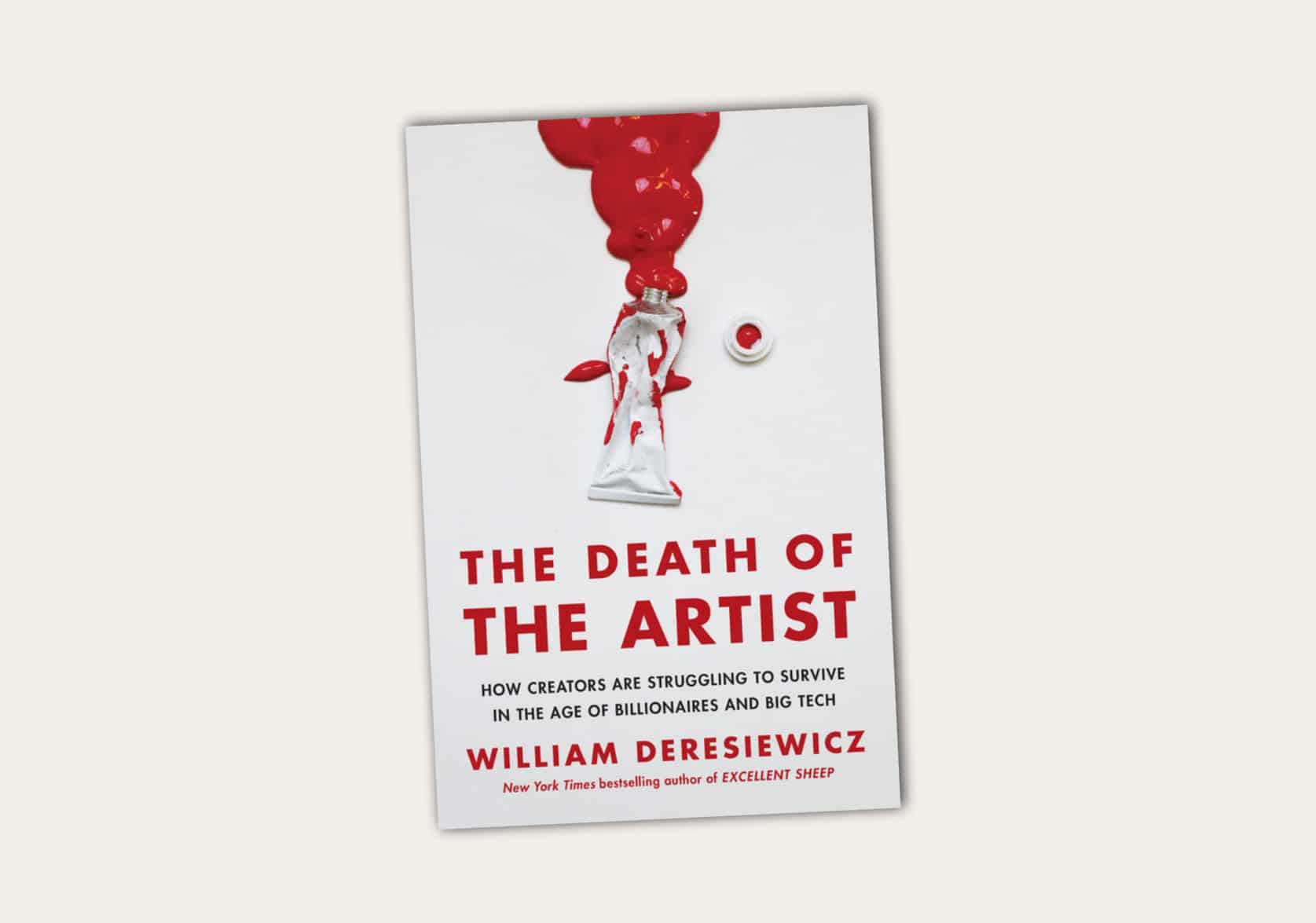 The Death of the Artist by William Deresiewicz 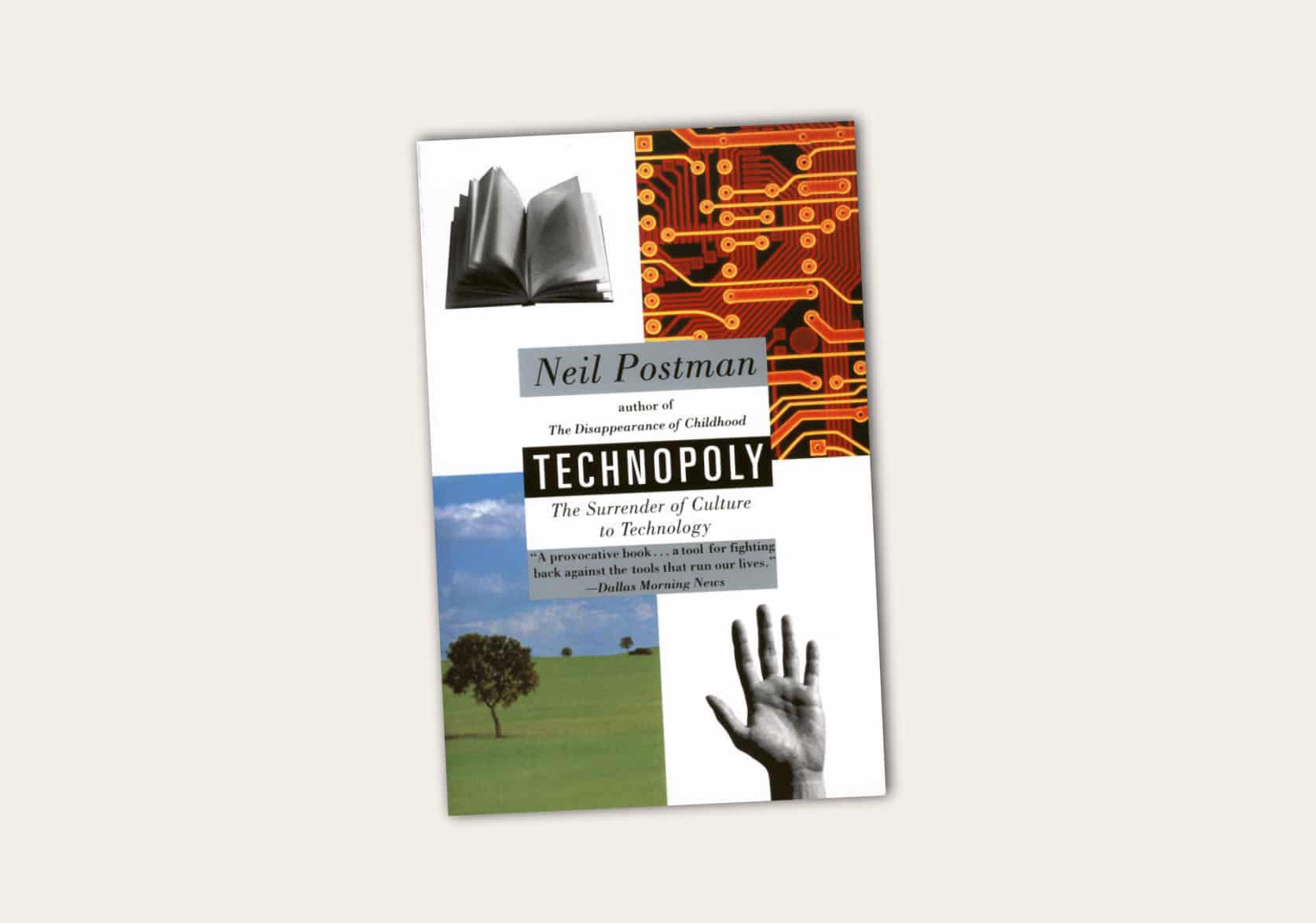